Join Biochar Bob as he crisscrosses Costa Rica to learn how biochar adoption is creating a wave of social impact. 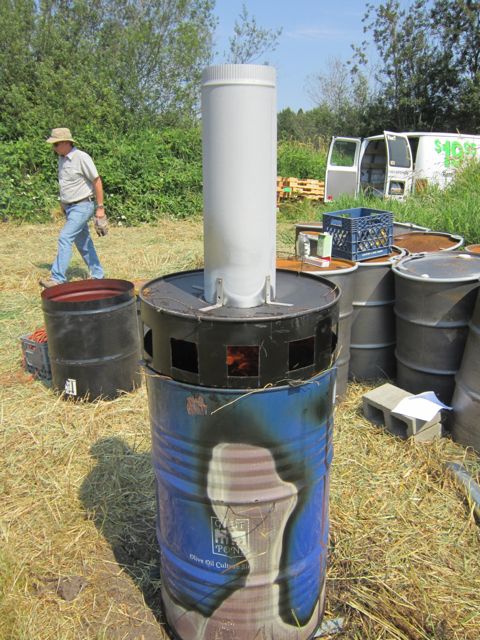 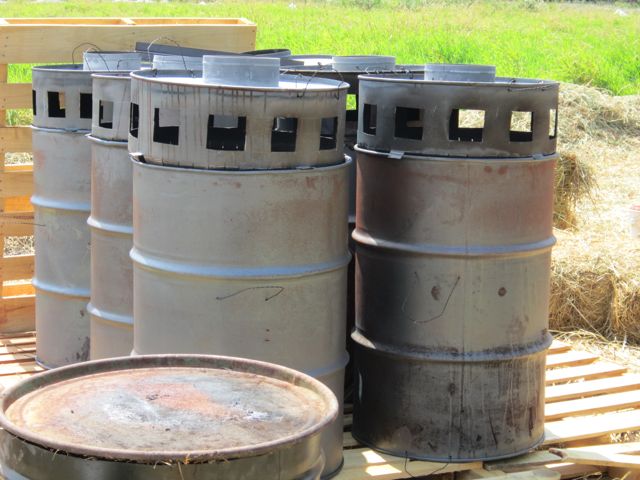 We are now selling a 55-gallon drum J-RO style TLUD to farmers down here in the Talamanca, the 1st wave are now 4 months old and still holding up. Our price is $100 USD. (w/o transportation) Although the one picture( attached) shows us processing hay on a farm near Seattle, most of what farmers are charring in our area of C.R. is pruned branches from the cacao fincas. Our Estufa Finca stoves and our drums are really designed to accommodate irregular woody waste, bamboo, coconut shells and husks, etc... This is all natural draft. Our run temp. in both devices average between 650-800c. Run time with tightly loaded woody waste is approx. 2.5-3 hours.
We will soon be installing a prototype TLUD heat exchanger. It will supply the hot water for a hydronic cacao bean drying system. Parts are shipping from Seattle. I hope to be installing this within the month. Pictures to follow. Thanks to John Rogers, Dr.TLUD, Hugh McLaughlin and Doug Clayton for all the inspiration and advice.

It was not quite 9 months ago, when I sent out an email to a small group of collaborators, with a Subject line that asked the question: "How do we get biochar stoves to Central America?" Of course, like the punch line to the old vaudeville joke, the answer is "lots of hard work". I could not have imagined 9 months ago was how rewarding all that work would feel. I want to share that feeling with all of you.

We were thrilled with our first firing! The rocket stove enables ramping up temperatures gradually, which could be a big advantage when working with high moisture content feedstocks. The cross-over from distillation to pyrolysis was fairly tender. Directing all of the gasses into the stove's fuel chamber resulted at first in an over-temperature condition, which was alleviated by diverting pyrolysis gasses out the vinegar condenser pipe--at one point flames were shooting out two meters (very dramatic!)--stimulating conversation on the various uses to which these surplus combustible gasses could be put. 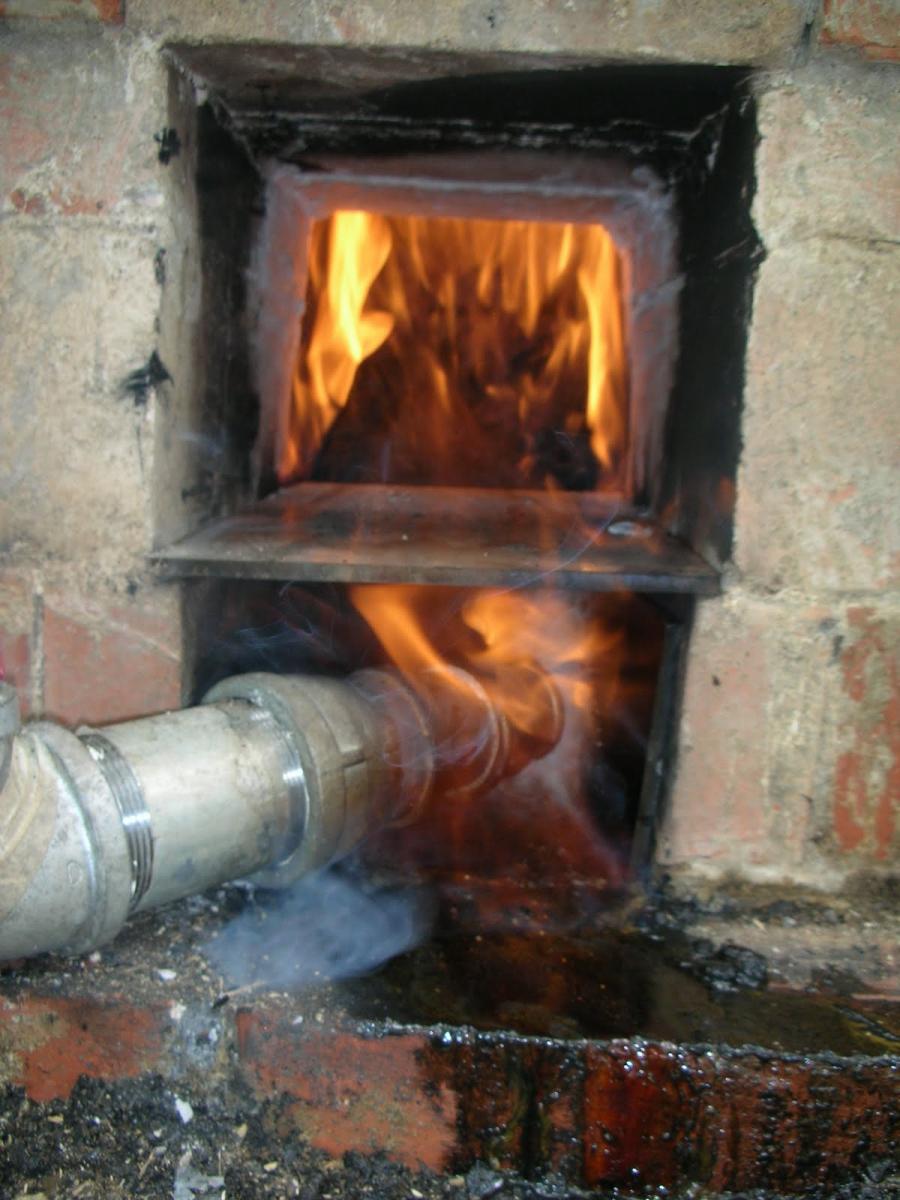 The 55 gallon drum--durable, affordable, widely available, easily handled--is at the heart of the design. A removable-lid drum stuffed with wood mill scrap serves as the retort. To prime the kiln, I had been considering scaling up one of the newer innovative biomass stove designs, but felt stymied by the challenge of refueling and controlling output. On a suggestion from stover-friend Charlie Sellers, I looked into the Rocket Stove (www.rocketstove.org/), a versatile design that addressed my emissions, fuel feed, and control concerns. The rest of the hardware fell into place after a bit of "outside the drum" thinking: Create fire chamber and insulating jackets (two total) by cutting ends off drums, slitting open, and welding inserts cut from a third drum. The tricky bit was opening the slit drums evenly to maintain the roundness of the now-larger cylinders. The nesting Russian doll cylinders rest on staircase ledges in the modified rocket stove base. Each cylinder is topped by a shallow cone-shaped lid with a central exhaust vent made by cutting a sliver wedge out of a sheet metal disc and welding the cut edges together.

Saving The Planet While Saving The Farm, How soil carbonization could save the planet while it saves the family farm

Saving The Planet While Saving The Farm
How soil carbonization could save the planet while it saves the family farm
Scott Bidstrup, Arenal de Tilaran, Guanacaste, Costa Rica, 2004

Introduction:
For a long time, soil geologists and archaeologists faced a mystery.

The mystery was a nagging one, but not an urgent problem that impelled soil scientists to travel to the Amazon jungles to solve. But it was an intriguing problem which was finally solved by an archaeological survey - a survey which involved soil geology.

For many years, it had been known that among the extremely weathered and infertile soils of the Amazon basin, some of the least-fertile soils on the planet, there are large, widespread patches of highly fertile soil. Soil that is not just fertile, but extremely fertile - so fertile and so valuable that for many years it has actually been mined and exported. What was the difference? The only visible difference was that the fertile soil is black, pitch-black, and grew just about anything with ease, and the infertile soils, just a few meters away, are a pale yellow color, and are so infertile that almost nothing except native weeds can grow in them.